Adeel Husain is a well-known face of Pakistani television who has enjoyed fame and critical acclaim through a series of hits on television and subsequently films. His TV work includes playing the lead in Daam, Mera Naseeb, Mora Piya, Mata e Jaan, Silvatein, Mohabbat Subh ka Sitara, Shukk and Jackson Heights to name a few.

In 2016 he was the only male actor to have two big films under his belt, namely, Asim Raza’s Ho Mann Jahan and Mehreen Jabbar’s Dobara Phir Se. Both films were very well received by fans and critics alike. Adeel has balanced his career with a host of other achievements including and RJ career on Radio 1 FM91 and City FM 89’s morning show. He has been the assistant director of a music video, executed a host of independent photography projects, directed an ad film and done the cinematography for Karachi United Football Club’s documentary: ‘The Ground Beneath Their Feet’. As a model he has been involved in leading ad campaigns for a variety of brands including Coca-Cola, Sprite, Candi Biscuits,Lawrencepur and has been the Brand Ambassador for Tapal in both 2016 and 2017.

Furthermore, he continues to be involved with select NGO outfits and has had the honor of being awarded various congratulatory awards including the Pakistan Excellence Award.

Driven to bring positive change and innovation to the story landscape of Pakistan, Adeel is currently busy working on stories that he hopes to direct one day, contributing to the progress of Pakistani television and film.

After experiencing both the Pakistani film and television industries, Imtisal settled into a long cohabitation with the temperamental world of advertising. Where he fast gained a reputation for making the impossible happen. He also set up and mentored the team of what is now the largest digital advertising consultancy of Pakistan, and co-authored the one of the highest grossing Pakistani films– Ho Mann Jahan.

He is adept at creating and managing high performance teams to deliver business building advertising communication across diverse regions; from Africa to China. He has not given any TED talks before.

Dr. Iffat Zafar is a graduate of Ziauddin Medical University. She is the cofounder and Chief Development Officer of a health tech social enterprise named Sehat Kahani. She is also a Global Good Fund Fellow for 2018-19. She has also been a part of the SPRING Accelerator (a DFID, USAID AND Nike Foundation backed program) and very recently she won the GSMA funding for Sehat Kahani; a very prestigious global fund for digital technology based startups

She is currently doing her masters in Global E-Health from University of Edinburgh for which she has received CommonWealth Scholarship. She has won and has been the recipient of many international awards such as the GIST Tech I award (a US State Department funded award) and the World Bank Award for Sehat Kahani (tele-health Platform that connects at home-out of work force female doctors to underserved patients in low and middle income markets providing access to quality health care). She was nominated by the USAID Funded MITBAP program to go to MIT for the Entrepreneurship Development Program. She has not given any TED talks before

ONE LINER: Way forward for me is a better tomorrow. A Pakistan where everyone has access to healthcare where every woman is empowered and a part of the economic development.

Suman Valeecha is a Marketing & Communication professional currently associated with the development sector. With a passion for academics she is a faculty member at a leading business institute in Karachi, empowering and inspiring youth through knowledge. She is a Human Rights advocate and has been involved in various social development & welfare projects.

Suman currently runs a private NGO, Actcept, which helps the transgender community of Pakistan gain respectable recognition, identity, job opportunities along with integration into public spaces and policy. Their work on empowering such individuals, along with educating employers and the general public has led to multiple members of the transgender community gaining employment along with many others enrolling for vocational training. She has never given a TED talk before.

ONE LINER : An Inclusive society is the only way forward

Muneeb Maayr graduated with a bachelors in Economics from the University of Virginia and worked in investment banking at Bear Stearns in New York City before returning to Islamabad to set up a back office for US-based SNL Financial, a financial content collection company. From 2004 to 2012, Muneeb helped build a 600 person back office for SNL operating 24/7 collecting data on public companies in the US.

In 2012 when PE firm New Mountain Capital acquired SNL, Muneeb exited to join Rocket Internet as Co-Founder and CEO of Daraz, an Amazon style marketplace of consumer and fashion goods that sold to Alibaba Group in 2018. After 4 years of building Daraz, Muneeb founded Bykea, a marketplace of services offered by a network of motorcycles that today serves over a million Pakistanis, where he continues to build products and find tech solutions for urban Pakistanis. He has not given any TED talks before.

ONE LINER: Our digital identities will become eternal very soon. It’s time for everyone to create their digital legacy.

Ayesha Rahman is managing Youth Engagement program at Global Health Directorate – Indus Health Network which focuses on empowering adolescents school girls ‘Kiran Sitaras’ to become social impact leaders and contribute to a positive change in their communities. She has been managing the initiation of Kiran Sitara approach and large scale expansion of the program in the urban cities in partnership with provincial governments and education departments. Previously, she was the country focal person of International Alliance of Yes I do on Child Marriages where she developed the alliance strategy adolescent girls focused ‘Kiran Model’ of community mobilization on bringing back to school to reduce the chances of getting married at an early age. She is a firm believer that bringing a positive change in the society is only possible by meaningfully engaging young people, especially girls. She has worked with different INGOs on gender, youth, labour laws, conflict, as junior consultant for conducting researches and evaluations during the past seven years.  Ayesha Rahman has a Masters in Economics, with majors in Development Economics and currently along with work she is pursuing MPhil in Rural Management.

Zarrar Khuhro is a Pakistani journalist who has worked in both print and electronic media. He started his career with The News and went on to work at Geo, Express, Dawn newspaper and Dawn News TV. Hew currently hosts a ‘zara hut kay’ a current affairs show on Dawn News.

Saquib Mehmood is an Aerospace Engineer and has done his Master of Science in Strategic Studies, Master of Philosophy in Social Sciences. He also is a SCUBA Diving Instructor

He is the Founder and CEO of ClimateX: a climate change and environmental conservation startup which has established Pakistan’s first community based marine conservation area. He has worked for the government of Pakistan, United Nations and International NGOs in Pakistan and major parts of Africa. He has given lectures on international issues and environmental conservation on various forums including National Defense University and Pakistan Forest Institute.

Saquib leads the only major organization actively identifying and working on oceanic pollution and its impact on marine life along with the long term effects on urbanization. He has not given any TED talks before.

ONE LINER: The way forward for humanity is to protect our planet’s limited sources. Our planet is our future. 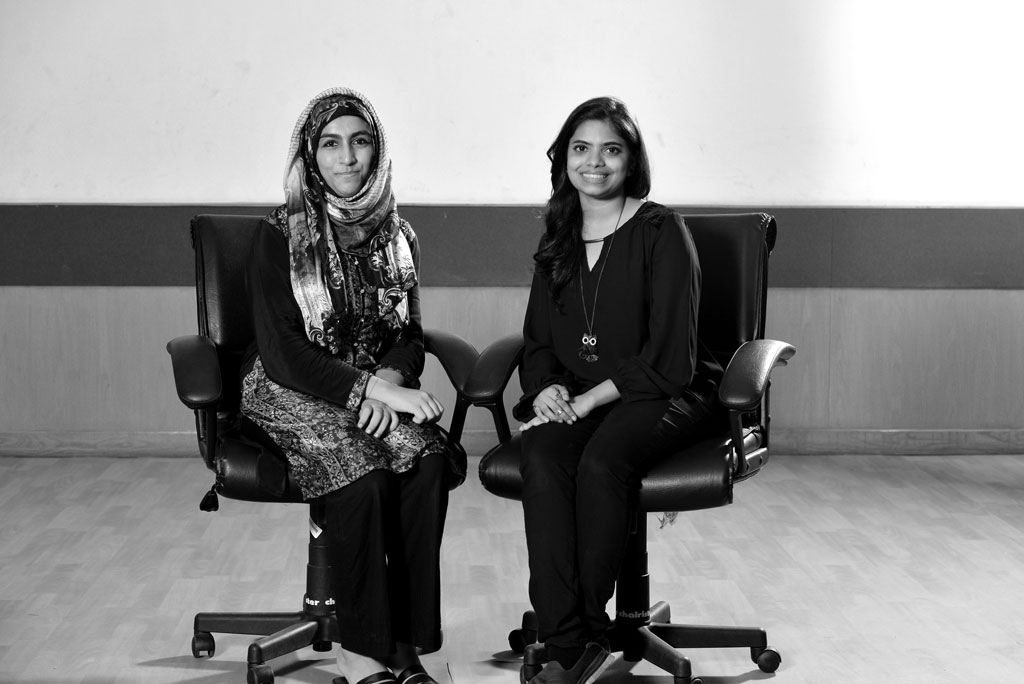 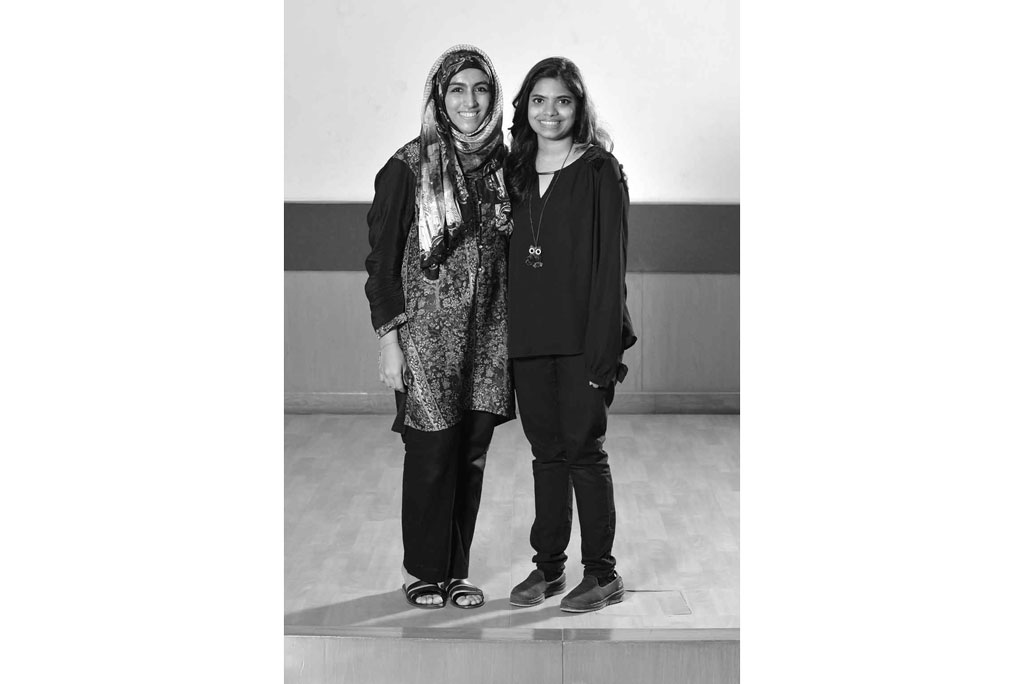 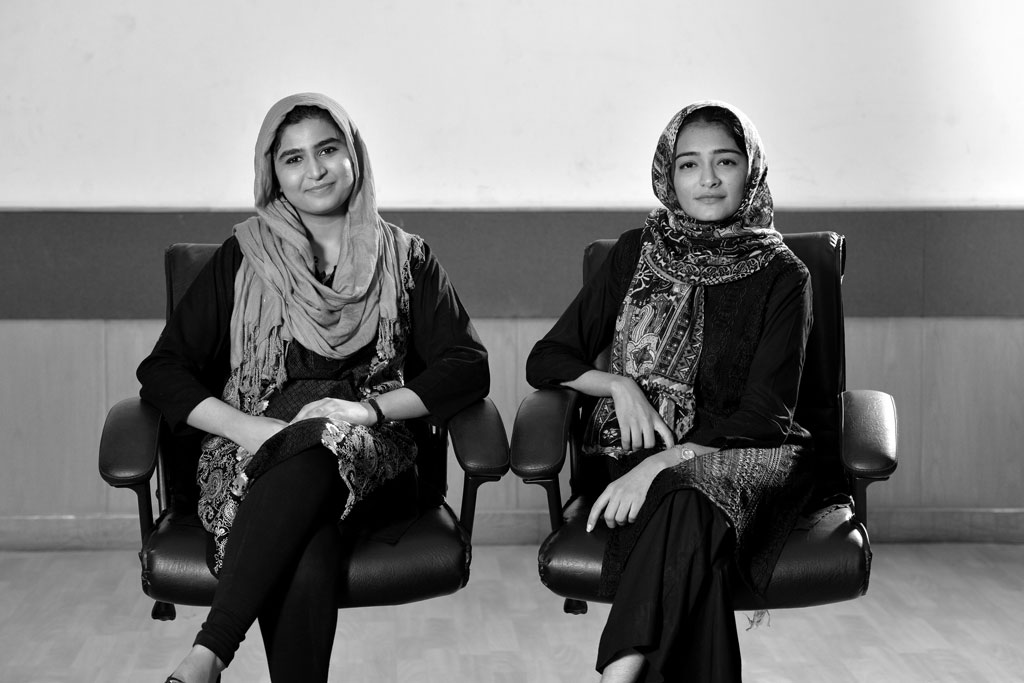 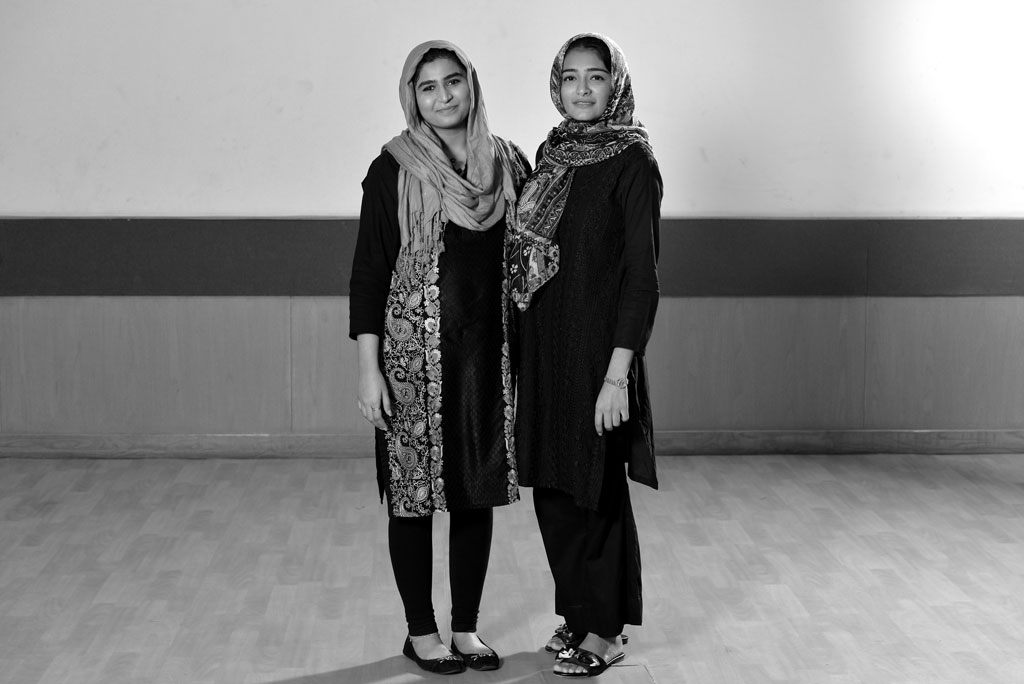 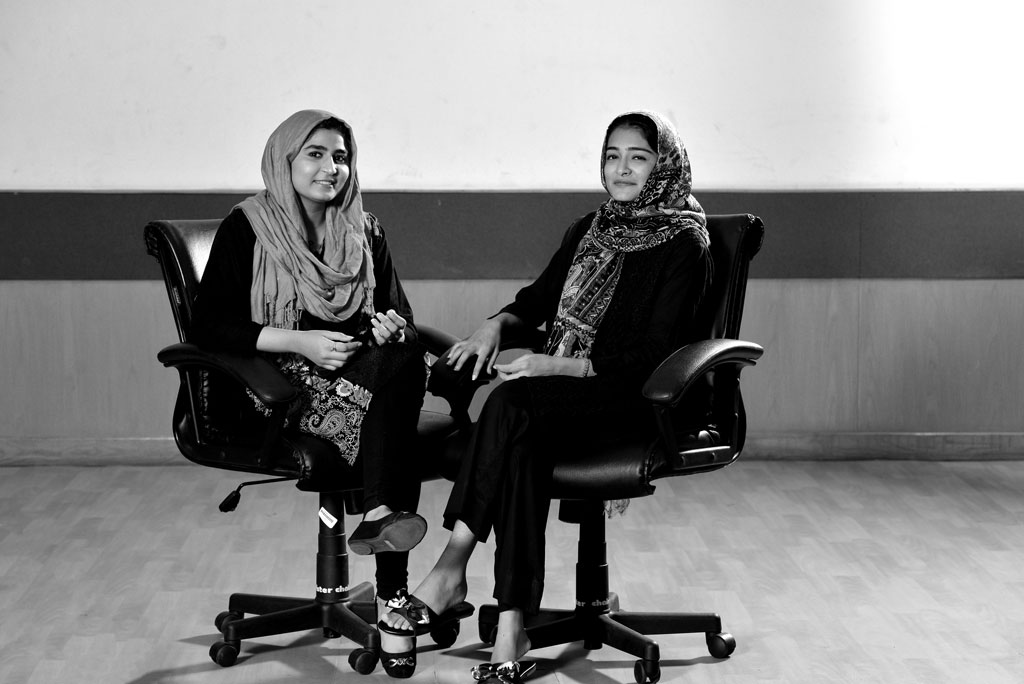 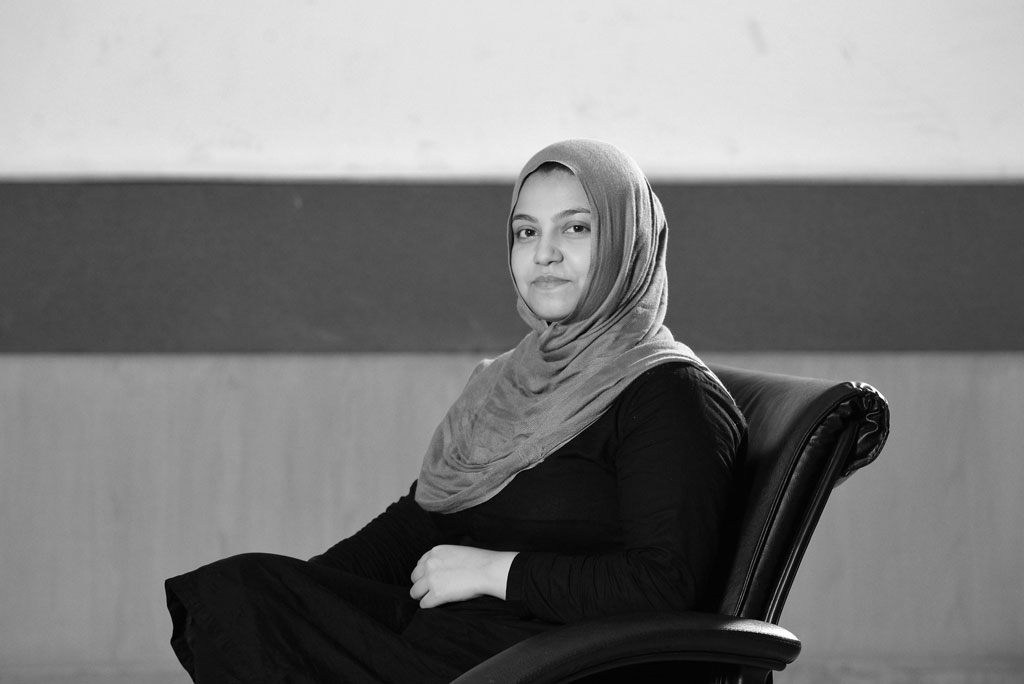 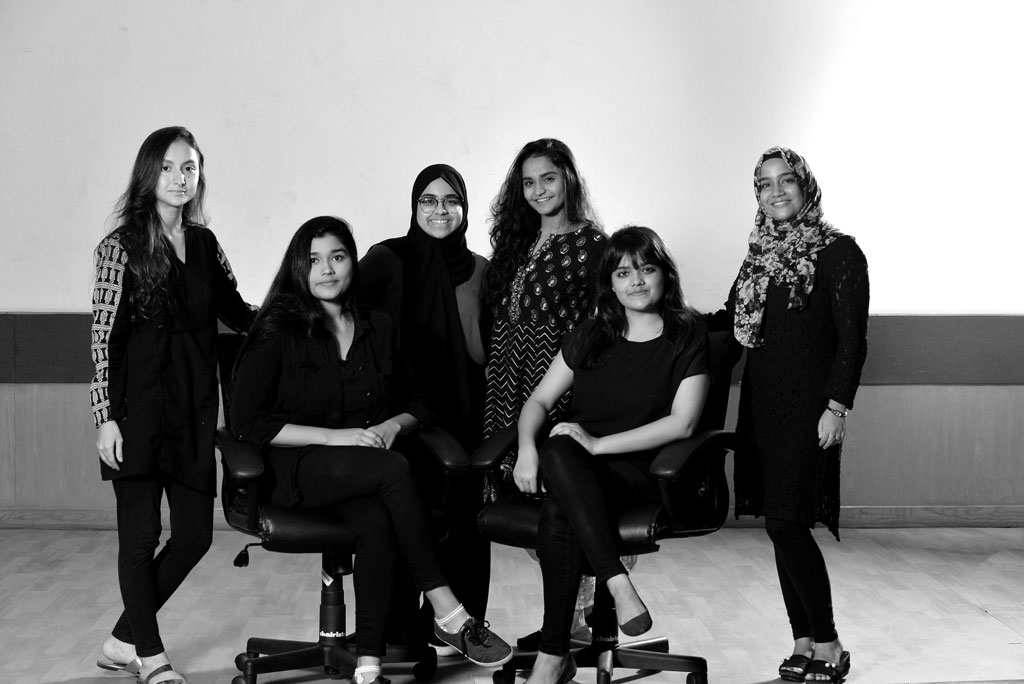 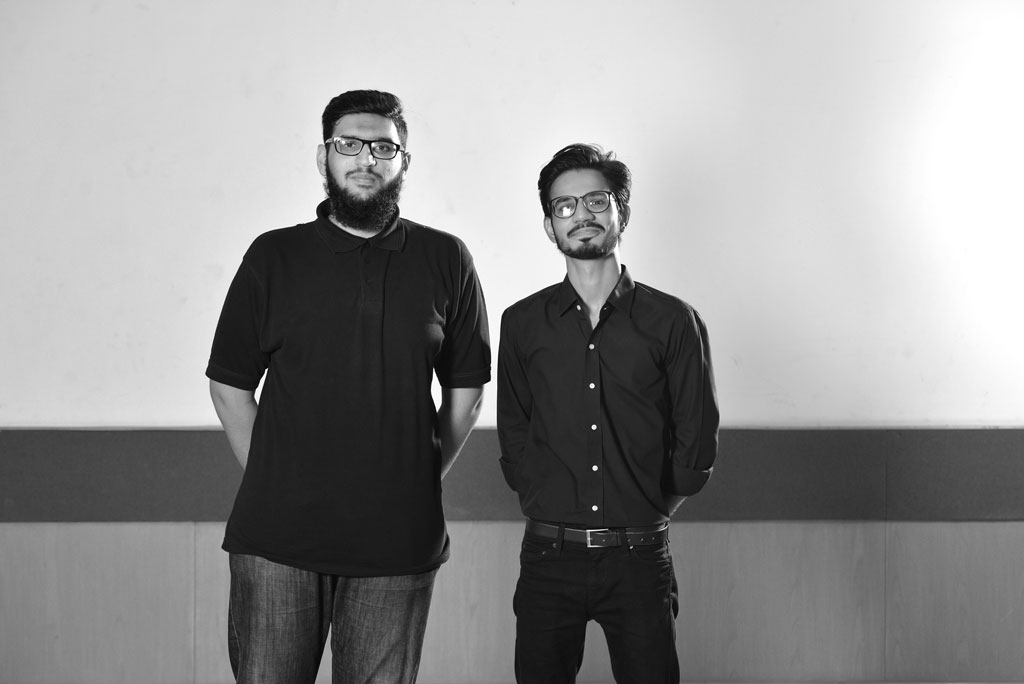